Heading to South Park? Say Hello to Andy and Frank

I turned off my Kindle on a flight home from Houston on Sunday to avoid scrambled airwaves and mortal peril. With light quickly fading as we waited on the jetway, I thumbed through the Sky magazine. The word Pittsburgh caught my eye, forcing me to disrupt my sleeping neighbor and turn on the overhead. For twenty pages I read of Pittsburgh's success in avoiding recession, and their boast of a "healthy higher education sector" fostering their "knowledge based economy".

Still, what's there to see? 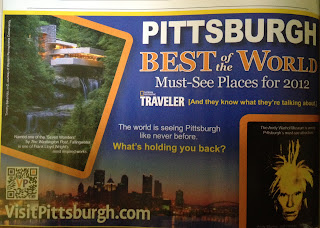 My jaw dropped when I saw it. I can't believe I didn't know!  I swear I wiped away drool upon discovering that there in Steel City is the largest museum in the country devoted to a single artist -- Andy Warhol.


He's not my favorite, but he's home-grown, wildly pop, and his art will influence others for years-- no--- forever.

I immediately checked museum hours (open Friday until 10pm with half price admission after 5!), and  distance from the track (a mere 13 miles). My mind was made up.

As if this weren't exciting enough, an hour outside of town, tiered above a rocky hillside is Frank Lloyd Wright's Fallingwater. Wright's Prairie Style, which ended abruptly after a tragic incident involving his cook, his mistress, and an axe, made him famous, but Fallingwater (1935) was his crown jewel. Wright achieved something wholly American; a structure communing with a Pennsylvania waterfall, and existing as one. 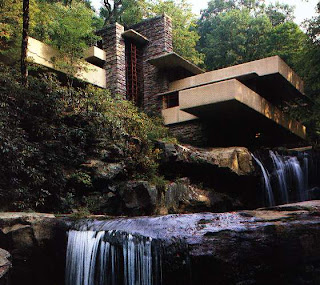 Regrettably, we won't have time to visit Fallingwater. We're going to race after all!  However, we will be visiting Andy Warhol Friday night. Won't you join us?

Safe travels to everyone headed to Pittsburgh. See you there!