Moms should be friendly.
My mom is very friendly.
Friendly moms are great.
-a haiku by Wyatt Parker (May 2013) 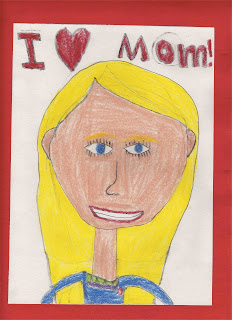 BMX moms are a different breed. We've traded our Mother's Day mimosas and freshly corsaged sundresses for energy drinks and moto boards. Mother's Day 2012 was celebrated in Powder Springs, Georgia. Standing in the mud, as the rain poured down, my friend Ellen cracked her car window. "Happy Mother's Day", she uttered quickly, and rolled the window back up. We left before the announcement was made that the race would be cancelled, not wanting to risk an injury a week before England. On Mother's Day, there was no place I'd have rather been than with my boys, even in the rain.
This Mother's Day, we'll spend at the Tarheel Nationals in Charlotte. I'll be surrounded by some of my favorite BMX moms. There will be hugs and laughter, wounds to mend, and food to fix.
Whoever thinks Mother's Day is about spa treatments, champagne brunch and afternoon naps, is sorely mistaken. It's about the kids, and that's all there is to it. I can still recall my sister complaining to my mom on a Mother's Day more than thirty years ago. "Why do we have to have Mother's Day anyway? Why isn't there a Kid's Day?" My mom responded with a long drawn-out sigh. Everyday is Kid's Day, Wendy Ann.
Moms don't get the appreciation they deserve, but that's part of it. Just remember, we're in this together!
So, here's to you, ladies!
Here's to you, Julianne, for endlessly driving all night to get to the next race, not just your kids, but everyone else's too. 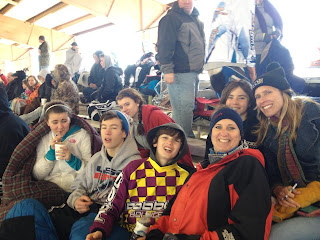 Here's to you, Ellen and Pam for being my entertainment, confidantes and pick-me-ups during a long day.

Here's to you, Mady and Josette, mothers and caregivers to us all. 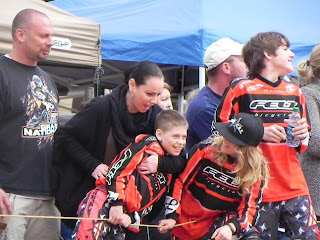 Here's to you Misty and Kristy, two lovely BMX moms who don't know each other, but who are so much alike with your inner beauty and love for animals.

Here's to you Meredith and Karen, mothers to dogs and cats, who don't need children to be nurturing.

Here's to you, Christine, who is stronger than us all.

Here's to my mom, Mignon, who without, I would be nothing. 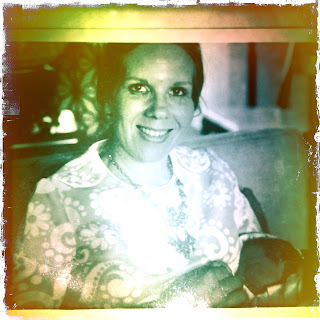 Here's to you, Vann, for making me who I am.

Posted by bmxmom at 2:14 PM No comments:

More than ten years gone, I still remember the feel of the cold, smoothness on my belly in the ultrasound room. Twenty weeks along with my second child, I stared anxiously at the screen as it searched...

The probe came to a stop as the tech said with casual certainty, "It's a boy".

The tech, with a look that said here we go again, summoned some empathy. "Oh, you wanted a girl?"

I looked at her, confused at first, but as realization dawned, I shook my head and smiled. My tears were of joy. 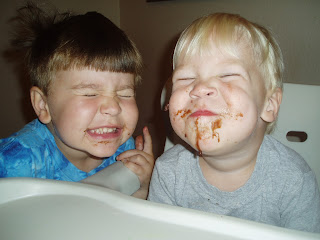 I realize I might catch some heat for this. Of course I know brother-sister relationships can be wonderful and meaningful, but they're different, and we all seem to get what works best in our own lives.

That day in the ultrasound room, little did I know how different my two boys would be. Polar opposites, in fact. Mr. Brown-Eyed Business meets Mr. Blonde Comedian.

In the past ten years, Wyatt has led a life in a shadow of hand-me-downs and sibling achievements. He's been his brother's rock, never wavering from his side, even if he gets rolled under the bus. 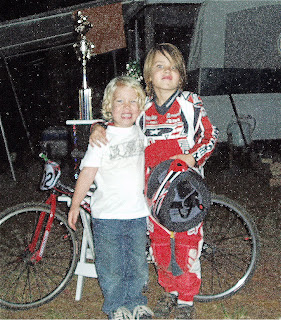 This past year, however, Wyatt has blossomed. His talents shining through to the extent that a friend dubbed him "Renaissance Boy". Between tickling the ivories, exploring photography, and achieving "gold" status in swim, we wondered what would happen with BMX.

Wyatt moved up to the expert class this past February in Louisville, after achieving his 4th and 5th national wins. Any BMX parent understands the struggle that follows.

Our spring has been crazy, attending nationals in Tampa, Dallas, Atlanta and Monroe. While William has chalked up at least one win a weekend, Wyatt has faltered and missed mains, his frustration peaking in Atlanta. "I'm sick and tired of losing!" Hearing that from your child, and seeing his pain, knowing that he is at a crossroads, is quite a helpless feeling.

Fortunately, Wyatt had someone to pick him up. His best friend. His brother. 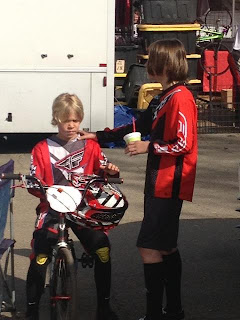 Wyatt made a decision, and William was bound and determined to help him. He would train, and train hard. It didn't matter if he had already swam 1400 meters, he would do sprints. He would train day in and day out until Monroe.

The Cajun Nationals arrived, and Wyatt made his mains in 9x both days, accomplishing more than he thought he could. The biggest surprise came too! Wyatt was invited to join his brother on Factory Felt. William has even offered to let Wyatt wear his jersey in Charlotte if his isn't ready yet.

At twilight yesterday I heard the click click click of the jump rope skipping on the driveway. William's voice boomed, "Push-ups! Go!" as Wyatt hit the ground. Later I found the work out William had made for his brother. 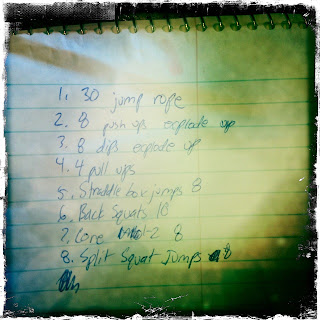 I thought about that day in the ultrasound room. I hope it's like this always. I hope they will always be there for each other.