The NBL Gator Nationals in West Palm Beach felt like a continuation of the weekend before, with only time for school, baseball and piano recitals in between. Amidst the chaos of family, friends and racing, my mind drifted to a special day eight years ago, when our family, and my world, became compete.

April 30, 2003 began as any ordinary day, meeting my friend Shannon at the park so William could run off some toddler energy with his friend Sydney.

At 11, I dropped William with his dad to go to what I hoped would be my last OBGYN appointment. "Call me later", Shannon said as I left the park.

"You're 8 cm!" my midwife exclaimed. Without a further word to me, she was on the phone to labor and delivery with strict instructions to have my room ready. She was sending me straight over. Vann and I quickly summoned our friend Denise who had been placed on call for William duty. I called my sister in New Orleans who was on the road within 5 minutes.

My water was broken, and I was given the no time for an epidural speech.

At 1:17 that afternoon, my heart filled with joy as our 9 pound baby boy was placed in my arms. He has made me smile everyday since.

I called Shannon. "How'd your appointment go?" She asked. "Great! Wyatt's here!" We still chuckle about that.

Vann brought William that evening. He peered wide-eyed into the bassinet at the sleeping baby. "Hi Bubba!" he said excitedly. Wyatt has been known as "Bubba" ever since.

Wyatt does not remember life before BMX. His brother started racing when Wyatt was two. He would cheer for William, and was always so proud. When Wyatt started racing at age four, he still seemed more interested in digging holes and collecting bugs, than riding his bike. 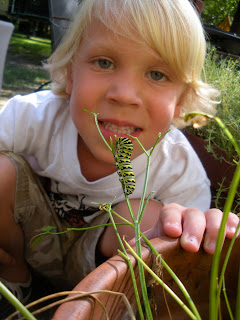 Wyatt is a gentle, old soul who loves all creatures great and small. He says he wants to be a scientist. Once, at a race I went to congratulate him after a win. Instead of being excited, he was upset. "There was a spider in staging," he explained. "I told them it was harmless, but they killed it anyway. I don't understand why they did that."

On Wyatt's 8th birthday, he thrilled us by making both the 8 challenger and the 8 cruiser mains-- not a small feat. While we cheered and bragged on Wyatt's accomplishments, we felt some disappointment over William's third place finishes. Since then I've wondered, why do we cheer for one who comes in 8th, and grumble over the other who comes in third? I've come to realize that it's not entirely fair, but then life never is.

We wrapped up Wyatt's raceday/birthday sharing hot dogs and cookie cake with some good race buddies.


This week we look forward to more baseball, and hopefully a little bit of rest!