England Swings Part Deux: Life is like a box of chocolates

"My momma always said, 'Life was like a box of chocolates. You never know what you're gonna get.'"


During the World Championships, Vann met William between each qualifying round, talking through a fence that kept the riders quarantined. "Is he eating?" "Did you tell him to go to the bathroom?" "How are his nerves?" Vann nodded his head emphatically at each of my overbearing questions.


As it was, William remained cool as a cucumber throughout, which I can only attribute to the confidence that comes from 6 months of intense preparation. I, on the other hand, was nothing short of a basket case. Completely out of character, I'm ashamed to say I lost my marbles on one of the two ticket-takers at the NIA. I won't go into details, but the poor guy didn't deserve my wrath. He'll never see it, but I offer my public apology just the same. 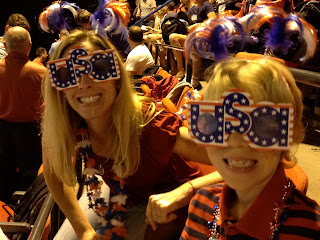 Remember to breathe was the best advice I received, from a BMX mom who'd been there before. (Thanks Josette!) As motos went on, our group began to relax and have a good time. Our USA pits were directly behind the Japanese, who, without a lick of English, cheered enthusiastically each time the announcer uttered "Germany". The Germans didn't have a big crew there, so I'm sure they appreciated it.


We knew it would have to be more than skill to carry William through eighths, quarters and semis. Strong riders were falling out left and right. As William crossed the line in a qualifying position in his semi, I finally felt at ease. He would have a world plate! 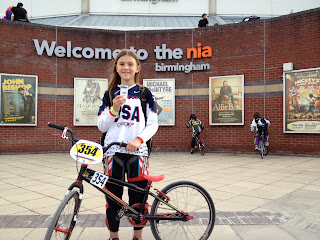 Partly due to fate, and mostly because William always cranks to the line, William was able to choose an inside gate for the main. When he came out of the gate, no one could argue that he deserved to be there. He quickly fell into a third place position entering the first turn. Attempting to move into second, his pedal struck the ground, jamming his knee, and moving him into the fourth spot. He was lucky to hold on, but was unable to gain back a medal position, and finished fourth. We were unbelievably proud and excited!


After awards, photos and hugs, when "Let's party all night!" turned into "Let's grab a quick bite at the hotel and go to bed", we finally had an opportunity to discuss the race with William.


"WELL?" I said. That was all he needed. His tired, but happy face turned to us as he began his tale. Life is like a box of chocolates. You never know what you're gonna get. He said his favorite line from "Forrest Gump", and I wondered. Did he not think he would do so well? Did he expect more? 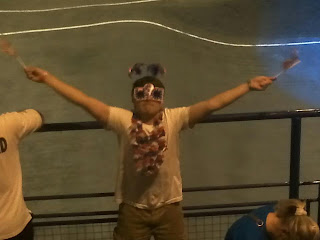 He told us of the friends he made, and we laughed as he described how he communicated with his new Japanese friend (3rd place finisher Yuichi Masuda) through head shakes and sign language. The kids from Great Britain were shocked to learn that policeman in the U.S. carry guns, and William proudly described to them his own personal arsenal, which really had them in awe. Surprisingly, they asked about one another's governments, and compared the differences. We learned too, that we're not just the spawn of England or France, but our own unique culture-- wild, crazy Americans!


When he finished, I understood what William meant. Take advantage of what's in front of you. Live life now. You never know what you're gonna get. 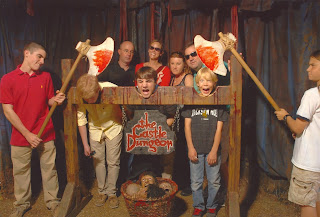 The very next day, William turned eleven. We celebrated with our friends the Habibs, in proper Medieval fashion. It's not everyday an 11-yr-old boy gets to visit a castle, chop off his brother's head, and see a Shakespeare play on his birthday. It was a great time with great friends!


Sunday morning we made our leave, sad to miss our friends racing cruiser, but happy to be on our way. We headed to Paris on a 24-hour lay over. Not wanting to waste one minute, we hit the cobblestones running. Notre Dame was crowded, but amazing just the same. We had dinner with my cousin Jill and her family, while the boys played soccer with their Parisian cousin Jude in the gardens of the Louvre.


By 10 pm we were all worn out, and contemplating the long flight ahead, when Wyatt pulled the Puss in Boots face. "Oh pleez can we go to the Eiffel Tower?" 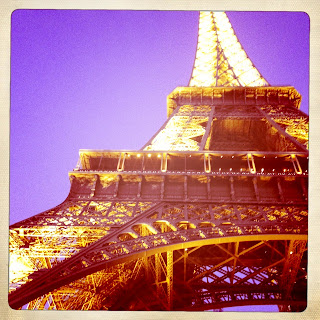 With rubber legs and tired faces, we rode to the top at midnight. Too tired to walk to the hotel, Vann hailed a cab. Wyatt was asleep within the minute. 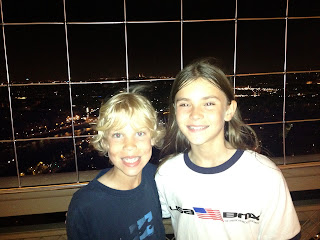 Go to England. Ride your race. Skip and hold hands. See a Shakespeare play. Be crazy. See the Eiffel Tower at midnight. Go to New Zealand.

"My momma always said, 'life was like a box of chocolates.
You never know what you're gonna get.'"

Many thanks for all the love, support, well-wishes, and congratulations sent out to William. Your presence was felt!